Minister of Finance of Mongolia 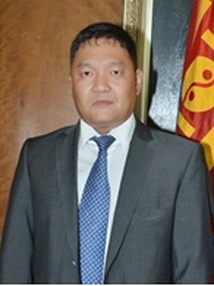 Mr. Bolor Bayarbaatar was appointed in 2015 to serve as the Minister of Finance of Mongolia. In this position, he successfully passed the budget for the fiscal year of 2016 and made key structural changes to the government agencies.

Mr. Bayarbaatar was elected as Member of the State of Great Khural (Parliament) in 2012 and has worked as the Head of Budget Standing Committee of Parliament.

Previously, Mr. Bayarbaatar served as Vice Minister of Foreign Affairs and Trade and assumed the role of President of Democratic Youth Association under the Democratic Party of Mongolia. Prior to joining public service, he worked in the private sector and has extensive experience in foreign relations, business development, management and trade.