Director General of Invest Mongolia, Implementing Agency of the Government of Mongolia 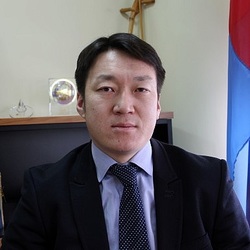 ​Mr. Javkhlanbaatar Sereeter is the Director General of Invest Mongolia. He has served as the Director General of the Foreign Investment Regulation and Registration Department of the Ministry of Economic Development of Mongolia and as Deputy Director General responsible for international trade and investment overseeing WTO affairs as well as economic cooperation with foreign countries.  He also worked as an attache and third secretary in charge of European countries at the Ministry of Foreign Affairs and served as a diplomat to the Embassy of Mongolia in the Republic of Turkey.
​
He holds a Bachelor's degree in International Economics from the University of Istanbul, Turkey and a Master's degree in International Business from Sydney University, Australia. He has also taken advanced training courses at Lee Kuan Yew University, UN-ESCAP and WTO regional institutions.